Many MMA fans and athletes are familiar with the high risk of injury that goes along with a sport that's high-impact, high-intensity, and filled with opportunities to get hurt. Even during training, when you're working with your opponent instead of trying to injure them, there's always a chance that something is going to happen. All too many mixed martial artists are familiar with the decision that arises following even a minor injury: do you keep working through it, pushing past the pain, or do you take time off? How do you treat the most common injuries without having to pay a visit to a doctor physical therapist? Most important, for many martial artists, is one simple question: when can you get back in the game?

Despite its bloody appearance, many professionals are quick to note that MMA is safer, overall, than boxing. Unfortunately, that doesn't mean that injuries never occur! There are several fairly common injuries that many MMA-enthusiasts experience on a fairly regular basis. Understanding them, recognizing the signs of severe injuries, and knowing how to avoid them is a critical part of martial arts training.

Many mixed martial arts enthusiasts think that if they aren't "going at it" full force, with no protective gear, they aren't "doing it right." After all, their favorite fighter steps into the ring for every televised fight in nothing more than a pair of fight shorts and a pair of fingerless gloves. During training, however, avoiding injury is paramount--and there's no reason why an injury has to occur every time the martial artist steps into the ring, either.

During training, it's important to have several key pieces of protective gear. They don't just protect you; they also protect your opponent. Going without protective gear doesn't say anything about how "tough" you are, nor does it help toughen you up for the "real thing." Instead, it leaves you open to an increased risk of injury ever time you step into the training ring. Wearing proper protective gear, on the other hand, can reduce your risk of a number of serious injuries. That means less lost training time, more time spent training, and a greater likelihood of success in the ring. Appropriate training gear includes: 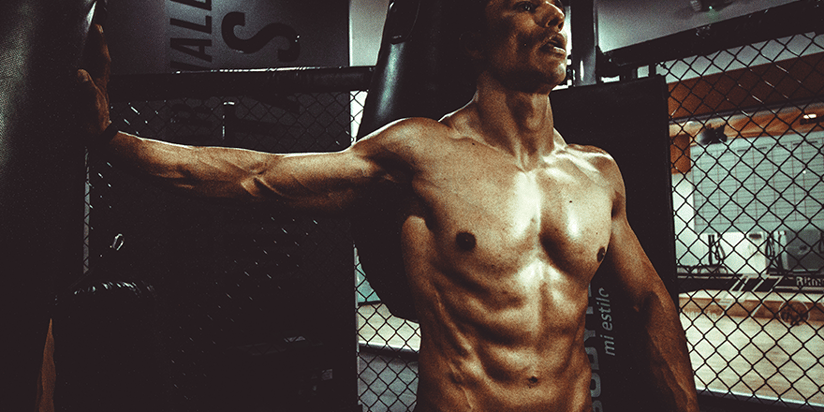 All too often, people without a background in martial arts or boxing decide that they can watch what their heroes are doing on television and imitate those movements without any need for formal instruction. There's just one problem with this technique: without formal training and a good understanding of how injuries can occur, you can do a lot of damage to yourself and your training partner in the process. This is especially true of joint locks, which can turn from merely painful to truly damaging in a heartbeat.

Training under the supervision of a mixed martial arts expert, on the other hand, provides you with a deeper understanding of how the body works. Not only will they provide access to an increased number of techniques, they'll be able to see what you're doing wrong from the outside. Training with supervision also means that there's someone on hand to put a stop to the match before it gets out of hand.

Contrary to popular belief, just because you can hit harder doesn't mean that you should. In many cases, putting too much force behind a strike is more dangerous to you than it is to your opponent. The true measure of skill in a mixed martial artist is the ability to use appropriate levels of control, including controlling the force behind each strike.

Any time the skin is broken, it's important to clean the wound promptly. This is particularly true if the skin was broken by a fingernail or toenail, which can quickly introduce bacteria into the wound. Cover the wound during training until it's healed to avoid reopening it or introducing new bacteria. Make sure to sanitize mats and other surfaces used for grappling on a regular basis as a preventative measure whether you are injured or not.

Treating with heat or cold therapy, as appropriate, is critical for the strains and sprains commonly associated with martial arts injuries. In most cases, cold therapy is more appropriate for reducing swelling, while heat therapy may ease muscle aches from overwork.

Remember: rest, ice, compression, and elevation are the keys for most minor injuries. Most of the time, it's best to avoid training or to reduce your schedule until you're sure that an injury has healed. In the long run, a little time off is better than forcing yourself to come back before you're ready and creating a long-term problem.

When to Seek Medical Attention

It's not uncommon to leave a mixed martial arts bout favoring a sore muscle or with a strained limb. Cuts and bruises, too, are just a normal part of the training process. Most of the time, there's no need to see a doctor for a minor injury. In some cases, however, immediate medical attention is required. These include:

Mixed martial arts is a risky sport that has the potential to lead to a number of injuries. With proper protective gear, a good team, and plenty of practice, however, it's possible to reduce the odds of injury and enjoy plenty of time in the ring. If you have been injured during mixed martial arts, whether in the ring or in practice, contact us! We'll help you find everything you need to treat minor injuries at home and get back in the ring as soon as possible. Like any athlete, your body is your best tool, and taking proper care of injuries will ensure that you'll be able to get back to the sport you love sooner.