In November 2015, Luke Schemm of Wallace County, Kansas became the eighth high school player to die in that football season. According to his father, he died of a traumatic brain injury. At least three other high school players' deaths earlier in the year were due to heat stroke or cardiac arrest. 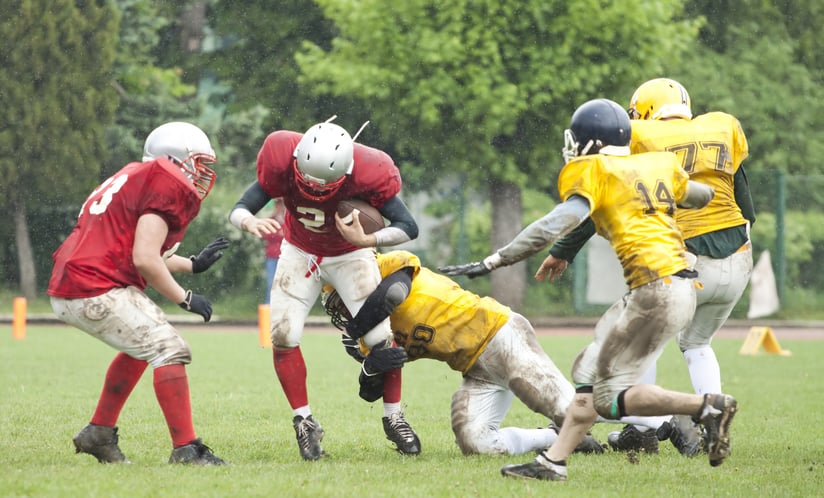 At least 12 high school football players die every year, according to the New York Daily News, with the majority dying from cardiac and heat-related causes. Non-traumatic causes of death are twice as common as injury-related ones. Data from the National Center for Catastrophic Sports Injury Research recorded 243 football deaths between 1990 and 2010.

The culture of high school sports makes the use of this kind of screening problematic. Coaches and team officials want to recruit good players and may tend to fill out pre-qualification forms hastily and underplay the results. Football is recognized by many as one the most dangerous sports. Stricter third-party medical disqualification requirements may be necessary.

In the 1970s a combination of rule changes, improved helmet safety standards, and medical advances have made high school football fields dramatically safer, halving the risk of death from head, neck, and spine injuries. However, after that sharp reduction, the risks have remained without further improvement. These injuries have dropped over the last decades, but remain concerning even at current levels. Indirect fatalities in football have continued to increase.

Dr. Douglas Casa, of the University of Connecticut Korey Stringer Institute, points out that since 1980 school and state governments have stopped putting in the right policies to fully protect athletes. He writes,

"The best practices are not being followed...people are just not implementing evidence-based medicine and policies at the high school level."

Doctors and trainers who study catastrophic injuries in high school sports have recommended that people involved with high school sports on the field learn how to respond to life-threatening injuries. They recommend on-site defibrillators with the training in how to use them. They recommend immersion pools to prevent heat stroke, as well as other basic medical capabilities on the field.

Too many schools don't have those devices or strategies in place. Too many states don't require them. Not a single state meets their own minimum best practices requirements. Only 37 percent of high schools employ full-time athletic trainers. A majority do have part-time trainers, and 75 percent have trainers available at games (not practices). Handling medical emergencies on the front line are often untrained coaches who are unable to recognize danger and frequently place too much value on toughness and self-sufficiency.

According to the manufacturer of most high-quality sports helmets, Riddell, industry safety standard helmets only reduce the potential for concussion by 5 percent, although they do significantly reduce the risk of skull fractures.

Nearly 1,000 athletes under the age of 18 are treated every year in emergency rooms, doctors offices, and clinics, for football-related injuries.

However, traumatic injuries caused by the contact forces of the game are most common.

While deaths caused by heat injuries are still comparatively rare, heat injuries are a major concern for young football players, especially when they begin practice in the late summer. Intense physical activity results in excessive water and salt depletion from sweat. This depletion causes cramping in major muscle groups. If not treated promptly with body cooling and fluid replacement the problem can progress to heat exhaustion and heat stroke.

A complete program of injury prevention should include,

Mueller is an international corporation providing sports medicine solutions to athletes at all skill levels. We work closely with athletes to understand the demands placed on their bodies incorporating athletes’ needs into every product we develop. Please contact us to learn more.